How to Boost your baby’s Speech and Language Development 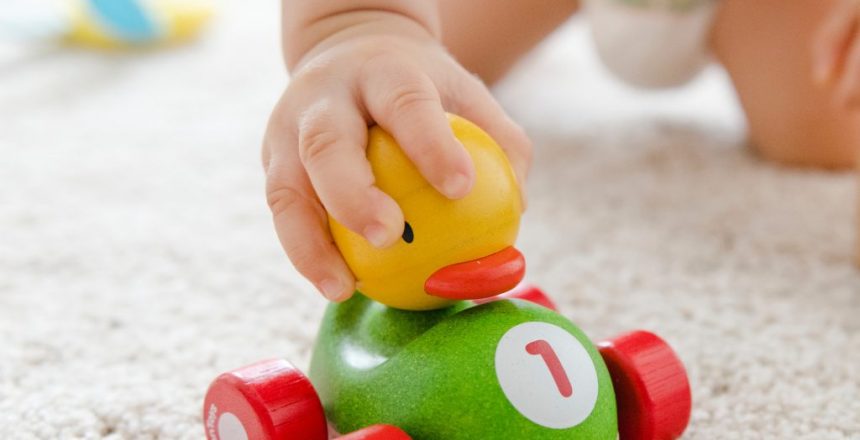 Speech and language are the skills we use to communicate with others.  We form these skills during the first years of life.

Language is made up of socially shared rules that include:

Speech is the verbal means of communicating and consists of:

The first three years of life are a period of incredible growth in all areas of a baby’s development.  Parents and caregivers can specifically promote healthy brain development and support speech, language and early literacy development starting from birth.

Why is it important:

The development of communication skills begins in infancy, before the emergence of the first word.  The communication skills that babies learn in their first year set the stage for success in developing reading, writing, and social skills later in life.  Any speech or language problem is likely to have a significant effect on a child’s social and academic skills and behaviour.  Children must develop adequate language skills to relate with their parents and peers, as well as to grow into a person who can socially interact with others through life.  Good speech and language skills furthermore form an essential foundation to help children be more successful with reading, writing, schoolwork, and interpersonal relationships.  In order to grow intellectually, a child’s vocabulary needs to grow, because word and intellect are linked

milestones in the first 3 years:

The most intensive period of speech and language development for humans is during the first three years of life, a period when the brain is developing and maturing rapidly.  These skills develop best in a world that is rich with sounds, sights, and consistent exposure to the speech and language of others.  There is increasing evidence that this is a “critical period” for speech and language development in infants and young children.  This means that the developing brain is best able to absorb a language, any language, during this period.  This ability to learn a language will be more difficult, and perhaps less efficient or effective, if these critical periods are allowed to pass without early exposure to language.

Speech and language milestones help tell whether a child is developing as expected.  Communication milestones are certain skills, such as babbling, saying single words, or putting two words together.  Although children vary in their development of speech and language, there is a natural progression for mastery of these skills.  The milestones below are identifiable skills that can serve as a guide to normal development.  Typically, simple skills need to be reached before the more complex skills can be learned.  There is a general age and time when most children pass through these periods.

Birth to age one:

The first signs of communication occur when an infant learns that a cry will bring food, comfort and companionship.  Newborns also begin to recognise important sounds in their environment, such as the voice of their mother or primary caregiver.  As they grow, babies begin to sort out the speech sounds (phonemes) or building blocks that compose the words of their language.  By 6 months of age, most babies recognize the basic sounds of their mother tongue.  Babies start to process the communication signals they receive and learn to vary their cries to communicate their needs.  As the speech mechanism (jaw, lips and tongue) and voice mature, an infant is able to make controlled sound.  This begins at approximately two months of age “cooing”, a quiet, pleasant, repetitive vocalisation.  By six months of age, an infant usually babbles or produces repetitive syllables such as “ba, ba, ba” or da, da, da”.  Babbling soon turns into a type of nonsense speech (jargon) that often has the tone and rhythm of human speech but does not contain real words.  By the end their first year, most children have mastered the ability to say a few simple words.  Children are most likely unaware of the meaning of their first words, but soon learn the power of those words as others respond to them.

After the first birthday through age two, a toddler’s speech and language development rapid.  During this time, one-year-olds learn that words have meaning.  They point to things they want and often use one- or two- syllable sounds, such as “baba” to refer to other children or “woo-woo” to refer to a dog.  By their first birthday children can name their parents by using “mama” and “dada”.  By eighteen months of age, most children can say approximately 50 words and recognise the names of an increasing amount of objects, including those in pictures.  They also understand simple requests, especially when accompanied by gestural cues, and statements such as “all gone”.  By age two, most are putting together in phrases like “want cookie” or “more milk”.  The majority of two-year-olds talk a lot.  They should be able to name some body parts (such as their eyes, nose, arms, legs) and everyday objects (like “ball”, “car”, “bottle”, “dog/cat”, etc.).  Not all their words have to be intelligible; some are made-up and combined with real words.  In addition to understanding simple requests, they can also follow them (such as “Go get your shoes in your room.”).  At this stage, they should be using at least 150-200 different word.  Pronouns (like “me”) are emerging, but often incorrectly used.  During this period, children rapidly learn that words symbolize or represent objects, actions and thoughts.  At this they engage in representational or pretend play.

By age three years most children can follow two-to-three step instructions (like “wash your face and comb your hair”) and they like to listen to books/stories for longer periods of time.  Now their vocabulary rapidly increases, and they begin to master the rules of the language.  They use approximately 300 different words at this stage and are able to answer simple questions (like “Where is …”, “Can you…”).  They start requesting items by name (e.g. “Give my ducky.”) and begin to use simple plural forms (e.g. “books”).  More pronouns are being used by now (e.g. mine, yours, he, she, etc.) and regular verb endings begin to emerge (e.g. “running”).  Three-year old toddlers can use short but complete sentences containing three to five word (e.g. “I want more juice.”; “Daddy going to word.”)  “What” (e.g. “What is that?”), “where” (e.g. “Where is daddy?”) and “why” become popular questions at this age.  By age three, a child’s speech should also be intelligible to unfamiliar people at least 75% of the time.  They use language not only to get things by asking, they are talking about past experiences and even beginning to use it to pretend and during pretend play.

“There is a critical period for speech and language development in infants and young children when the brain is best able to absorb language.  If these critical periods are allowed to pass without exposure to , it will be more difficult to learn.”