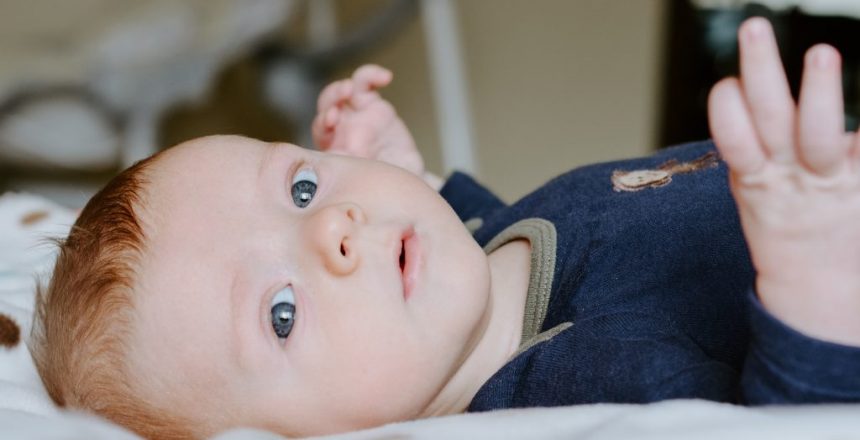 Before the first word

New research in infants shows that speech sounds stimulate areas of the brain that plan speech, long before a baby’s first words are actually spoken.

A newborn baby’s brain contains over 100 billion brain cells, or neurons. Each neuron forms small branches called dendrites, which allow neurons to communicate across the connections (synapses) between them.

“About 80% of dendrites form after birth, and a large percentage of them form during the first three years of life.”

The study, published in the Proceedings of the National Academy of Sciences journal, suggests that baby brains start laying down the groundwork of how to form words well before speech begins. And this has several significant implications for us, as parents.

What does this mean for your baby’s development? In the first 1000 days, your baby’s brain is going into overdrive forming these dendrites. To do this, the brain takes in information from the world. When you stimulate your baby through singing, talking, playing, or any verbal form of interaction you are helping your baby form these dendrites.

The first 1000 days is a critical period for speech and language development as this is when the brain is best able to absorb language. If this critical window of opportunity closes without exposure to language, it will be more difficult for your baby to learn language, says Vermeulen.

“One-on-one interactions where motherese (an exaggerated style of speech) is spoken impact powerfully on language acquisition and brain development. That is, babies’ whose parents spend time talking with them understand, respond to, and even develop their language and cognitive abilities better than those whose parents speak less – both generally or in motherese,” she says.

“Most babies babble by 7 months, but don’t utter their first words until after their first birthdays,” said lead author Patricia Kuhl, who is the co-director of the University of Washington’s Institute for Learning and Brain Sciences, where the research was conducted. In the experiment, babies heard native and foreign language syllables while their brain activity was monitored by a special baby-friendly scanner. The researchers saw brain activity in an auditory area of the brain called the superior temporal gyrus, as well as in Broca’s area (speech control) and the cerebellum – cortical regions responsible for planning the motor movements required for producing speech.

“Finding activation in motor areas of the brain when infants are simply listening is significant, because it means the baby brain is engaged in trying to talk back right from the start and suggests that 7-month-olds’ brains are already trying to figure out how to make the right movements that will produce words,” Kuhl told Science Daily.

Sometimes we think because babies aren’t verbal yet, they aren’t taking much in. But, by speaking with babies and toddlers, playing with them, reading with them and engaging with them as much as possible, we give them the very best opportunities to develop in ways that no other method, regardless of its sophistication, can match. Engagement and interaction are key to infants’ capacity to develop emotionally and cognitively, says Vermeulen.

The way you talk to your baby is key. What you’ve known all along, instinctively, now is proven by science: The voice you automatically adopt when talking to your little one, motherese (or known by scientists as ‘infant-directed speech’), gets a reaction from your baby every time. It’s literally music to her ears, here’s why: Motherese helps babies pay better attention to speech and develop several key speech perception skills, including the ability to discriminate between different speech sounds, the ability to detect the boundaries between words in a stream of speech, the ability to learn basic grammar, and help babies to learn the sounds of their own language.

Motherese is not merely “baby talk” or about repeating nonsense words or imitating the baby’s attempts to talk. It is about using the same words we use in regular speech, but with distinctive modifications that make the message more clear. Indeed, this special form of communicating with your baby also conveys clear emotional messages.

When babies listen to motherese, they not only experience an increased blood flow to the frontal area of the brain, but that there is also more electrical activity in the brain. Listening to our voices exercises the action areas of our babies’ brains, giving them an opportunity to model and practice their own speaking.

The study suggests that motherese may actually prompt infants to try to synthesize utterances themselves and imitate what they heard, uttering something like ‘Ahhh bah bah baaah’, says the researchers.

Their brains are ‘mapping’ the sounds they are hearing in motherese and modeling the motor movements that will be required later. Not only is one-on-one focused interaction the most intimate of bonding opportunities, now we know talking to them in a way that gets their attention also helps them learn to speak, better understand and use language.

PrevPreviousWhat is the Difference Between Speech & Language Therapy?
NextHow to Boost your baby’s Speech and Language DevelopmentNext